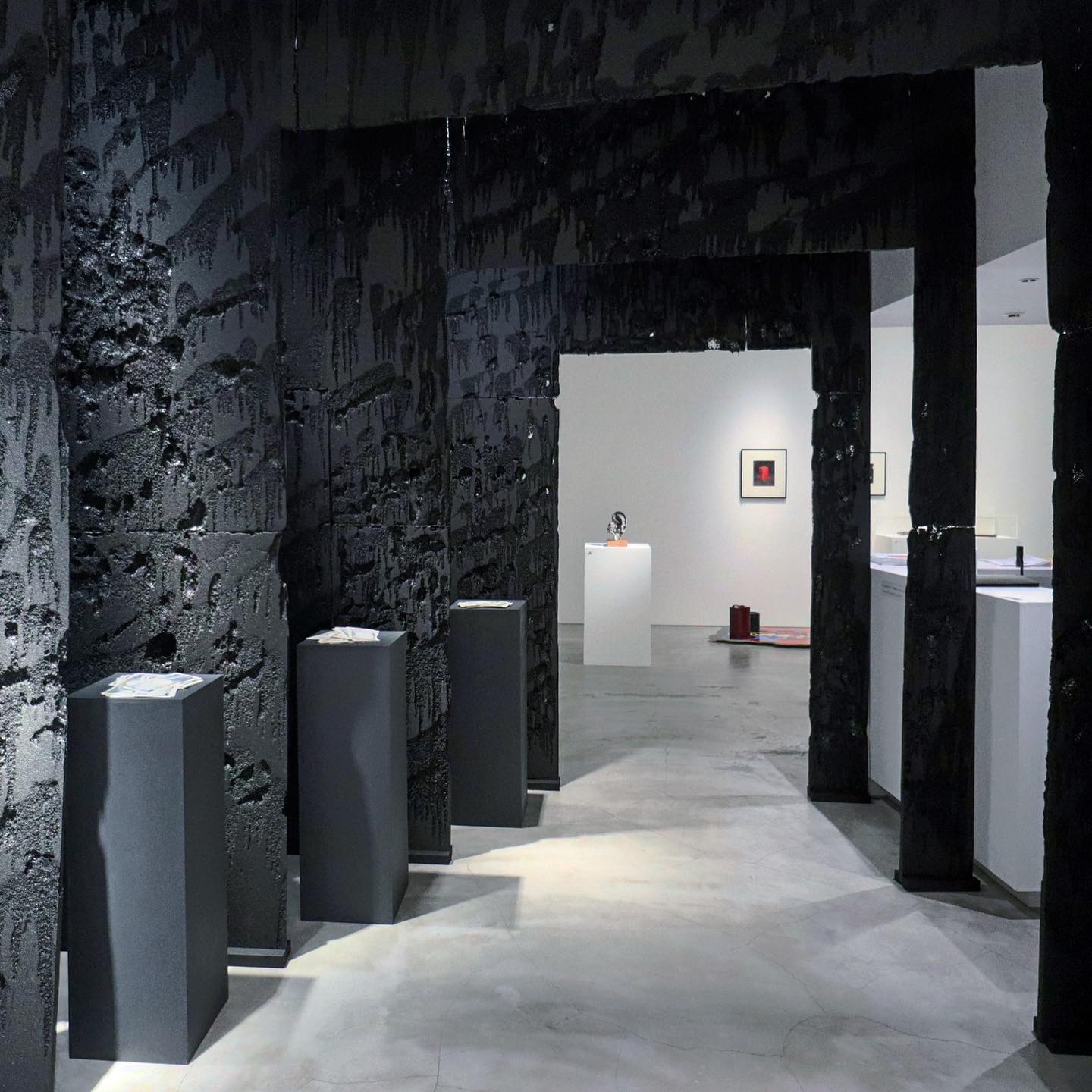 The layout and spacial design of the exhibition space at GYRE Omotesando.
The year 2022 is the 77th year since the end of World War II, which means that 77 years have passed from the Meiji restoration to the end of the Pacific War. This means that the physicality of the Japanese people has passed equally between modernization and the postwar period. While the exhibition deals mainly with postwar arts, “Japanese void” as Roland Barthes’ mentioned in his book “Empire of Symbols” is selected for the exhibition main theme.
We installed layered black Styrofoam gate at the gallery entrance which creates a symbolic boundary to the exhibition world of Japanese “emptiness”. Since Styrofoam is 98% air, the void-like materiality of Styrofoam is thought to be compatible with the exhibition theme.
By the way, the molecular structure of styrene, which is a component of Styrofoam, has the characteristic of bonding and melting when exposed to organic solvents such as limonene and acetone. We came up with a structure that takes advantage of this characteristic of repeated decomposition and bonding.
Specifically, five layers over three meters high are connected by braces of the same material and made to stand on their own. The Styrofoam was then sprayed with a acetone solution to dissolve it. By protecting only the part of each layer that corresponds to the braces with tape, the rest of the layer becomes a sludge. The structure with high redundancy, made possible by the low specific gravity of Styrofoam, achieves a sense of tension at the limit of self-support and immaterial representation.